To share your memory on the wall of Sydney Fairclough, sign in using one of the following options:

Sydney Fabian Fairclough was born on September 7, 1939 in Kingston, Jamaica to Ena Walker and John Fairclough. His mother passed away when he was at a very young age so he was raised by his grandmother and aunt. During his formative years he attended Alpha School for Boys and later transitioned and graduated from Wolmer’s Boys High School.
After leaving school Mr. Fairclough began working at the Jamaica Telephone Company. While working there he met Carmen Richards. Upon realizing that they both were born on the same day, same month and same year, he instantly fell in love and quickly married her on July 29, 1962. As destiny would have - Carmen was his soul mate. Their union produced five children. Prior to his union with Carmen, Sydney had a daughter, Sharon.
In 1980, Mr. Fairclough migrated to New York to secure career advancement and a better life for his family. He worked at Northern Telecommunication Company as a telephone technician. Daddy Fairclough had a love for laughter that will never fade. He was a serious man when it comes to doing the right thing. He was kind and patient and remained pragmatic on all issues. He loved to watch sports, and loved having meaningful political discussions. He read the papers daily and stayed abreast of current events. He was a hard working husband and father who lead his household by living an exemplary life. His loved extended in strength beyond his wife and children to include all the in-laws, his grandchildren and great grandchildren. He believed in the extension of family.
His last assignment was with Northern Telecommunications where he was assigned to the Deutche Bank in the World Trade Center to upgrade their telephone systems. He was one of the fortunate survivors of the 911 terrorist attack. He often spoke about that horrible fateful day. He was never able to return to work so he took retirement.
Mr. Fairclough health kept deteriorating since then. He fought a good fight and he kept the faith. He finally went home to the Lord on the morning of June 4, 2020. He left his loved ones to cherish his memories Wife Carmen, Children: Sharon, Janice, Chesney (Dolly), Dave, Wayne (Debbie) and Sadiq (Sue); Pauline.
Grandchildren: Peta-Gay, Trevaughn, Megan Chesney Jr., deceased. Jervae, Dave Jr., Shukari, Bernadete, Mandisa, Maya, Malia, Clifton,Samuel, Sheba, Bradley, Kimberly and Angelica.
Great grandchildren: Kalea, Trevaughn Jr., Navayah, J’aelah,Nilah and Na’omi,
In-laws, nieces and nephews, cousins and a host of relatives and friends.
Read Less

To send flowers to the family or plant a tree in memory of Sydney Fabian Fairclough, please visit our Heartfelt Sympathies Store.

We encourage you to share your most beloved memories of Sydney here, so that the family and other loved ones can always see it. You can upload cherished photographs, or share your favorite stories, and can even comment on those shared by others. 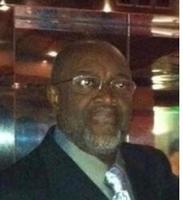