To share your memory on the wall of Jean Lubin, sign in using one of the following options:

The Lord is my shepherd; I shall not want.

He maketh me to lie down in green pastures: he leadeth me beside the still waters. He restoreth my soul: he leadeth my me in the paths of righteousness for his name’s sake.

Yea, though I walk through the valley of the shadow of death, I will fear no evil: for thou art with me; thy rod and thy staff they comfort me.

Thou preparest a table before me in the presence of mine enemies: thou anointest my head with oil; my cup runneth over.

Surely goodness and mercy shall follow me all the days of my life: and I will dwell in the house of the Lord forever.


The Lubin family would like to take the time to thank all of your loving acts of kindness and expressions of sympathy during our difficult time of sorrow. Your flowers, nourishment, telephone calls and prayers have comforted us. Your thoughtfulness has given us strength to endure our loss. God bless you all.
Read Less

To send flowers to the family or plant a tree in memory of Jean Karl Lubin, please visit our Heartfelt Sympathies Store.

We encourage you to share your most beloved memories of Jean here, so that the family and other loved ones can always see it. You can upload cherished photographs, or share your favorite stories, and can even comment on those shared by others. 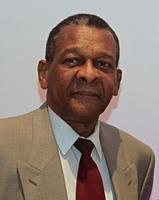