To share your memory on the wall of Hughor Oddman, sign in using one of the following options:

Hughor Anthony Demanda Oddman was born on August 7th, 1949 in Kingston, Jamaica to Owen Oddman and Inez Watson. He attended Jones Town Primary School, Kingston Senior School and earned admission to Kingston Technical High School where he was a stand-out student and played football and cricket. He earned a college scholarship from the Jamaican government which took him to Long Island University. At LIU, he initially pursued a degree in Chemistry to pursue his dream to practice medicine. Seeking a more immediate opportunity to support his family, Tony switched his studies to Structural Engineering.

In May 1975, he married Audrey Panzeta Silvera. They had three beautiful daughters, Michelle, Heather and Tamika. During this time, he started his career as a Consulting Engineer with Trevor Salmon and Associates, PC, a minority-owned and run firm. At this firm, he worked on illustrious projects such as the Jacob Javits Convention Center. His career included the construction of many roads, bridges, schools, churches and hospitals throughout the NY metropolitan area. In 1983, his son, Ahron Oddman was born. In addition to his engineering career, he ventured into several entrepreneurial endeavors across the city, most known was the infamous reggae club Love People One which culminated his love of music.

Tony considered both Brooklyn and Jamaica as his home. He spent his Iater years watching his family grow, pouring into his friendships and many of his professional accomplishments which stands the test of time. On January 20, 2021, he passed away in Manhattan, NY after a courageous six-year battle with cancer and other health issues. He is survived by his brother Owen, sisters, Sonia and Patricia, four children, ten grandchildren, one great-granddaughter, and a host of nieces and nephews.
Read Less

To send flowers to the family or plant a tree in memory of Hughor Oddman, please visit our Heartfelt Sympathies Store.

We encourage you to share your most beloved memories of Hughor here, so that the family and other loved ones can always see it. You can upload cherished photographs, or share your favorite stories, and can even comment on those shared by others.

Dayo Babalola and family, Coral & Keith, and other have sent flowers to the family of Hughor Oddman.
Show you care by sending flowers

My sincere condolences to the Oddman family and all who he has left with his memory.

I met Tony as a result of my professional activities and knew him to be knowledgeable, hard working and motivating all he encountered. In addition he was Jamaican to the core and wore Jamaica wherever he went, whether it was the music or the food.

He will be missed, and I am sure he is not missing the pain and suffering that took him out at this time. I wish the best for his family and all those who had the honor of knowing him.
Comment Share
Share via:
TS

Posted Feb 04, 2021 at 03:06pm
My sincere sympathy, to Tony's family. May his strength, determination and gentleness remain with you all. "Life goes, remembrance is always."

Posted Feb 04, 2021 at 01:10pm
It’s hard to forget someone who gave so much to others, so much to remember!
Tony was a very loving, caring, always smiling person.
We will cherish your time that was lent to us.
Tony was very committed to his Alma Mata, Kingston Technical High school.
He went over and beyond in assisting KTHS, even while working through his health challenges.
Tony, you will be greatly missed but, your cherished memories will be forever in our hearts.
Hughor (Tony) Oddman, you have earned your wings.
“Graves are the footprints of Angels”
Our sincere Condolences to his Children & Family.
May Tony's Soul Rest in Eternal peace.
B. Williams/KTHS. 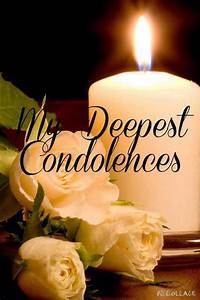 Posted Feb 04, 2021 at 10:54am
Life is a gift from God. Though some days may be full of hardship and pain, I will always keep the positive memories of Tony, my brother, my friend, my confidant.
p.s. You fought a good fight. RIP.

Posted Feb 04, 2021 at 09:48am
Rest In Peace Tony! You’ve taught me so much especially in the kitchen with your ackee and saltfish and bell peppers of all colors cut in a special way. The Lord has called you home so until we meet again God bless and walk good. Blessings Shernett ❤️
Comment Share
Share via: 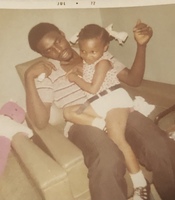 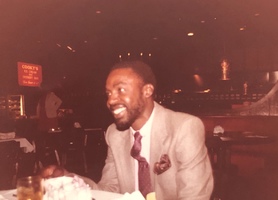 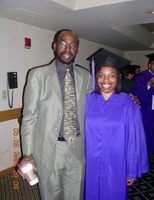