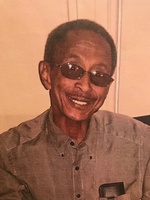 Henry Melvin Towns Sr. was born on August 10th 1932 in Norfolk, Virginia. He was the youngest of three children born to Henry H and Christola Towns. Henry lost his mother around the age of two, so his father moved him and his two sisters Althea and Phyllis who both preceded him in death to Brooklyn, New York. Henry's father passed away when he was nine years old. His Aunt Carrie Gillis who preceded him in death raised Henry and his sisters.

Henry was educated in the public schools of New York City and graduated from Boys High School. Henry also served with honest and faithful service with the National Guard of the United States of America. Henry was a hard worker. He started working at nine years old at the neighborhood pharmacy. He continued working at the pharmacy even when he began working for the MTA. First as a track man, next as a conductor and last as a motorman. Henry retired from the MTA but went on to work for the New York City school system.

On August 18, 1960 Henry was united in holy matrimony to Eunice Richardson. From this union they were blessed with three children. Laura Kay who preceded him in death, Diane Lenore and Henry Melvin Jr. a.k.a. Skip. Henry was a good neighbor, a wonderful husband, father and friend. In his words: "If you want something, you have to work for it and respect what you have."

All rights reserved. This obituary is also archived at obittree.com